How To Jump in YouTube Trending? Viral Video Explanation! 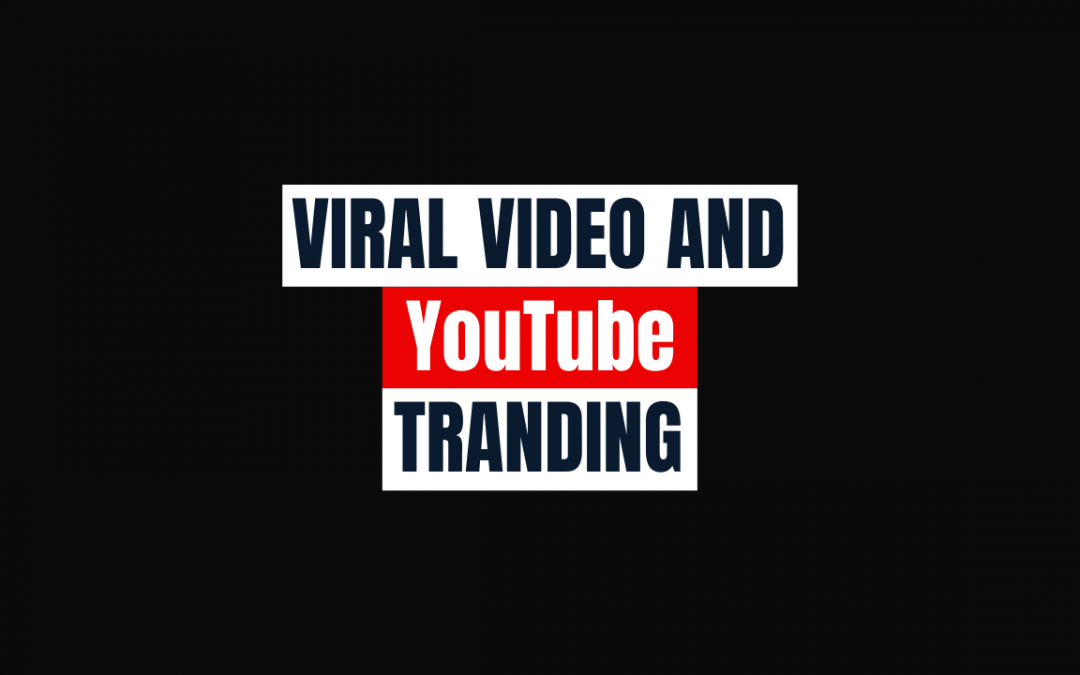 If you’ve ever used the internet in last dozen years, you’ve probably heard of the expressions “go viral” and “viral video”. You’ve definitely noticed that certain YouTube videos have an amazing amount of views and wondered what makes them so popular. In this post, I’ll explain how to jump in YouTube trending and what is a viral video.

What is a viral video – definition

By definition, a viral video is one that becomes popular via word of mouth and other natural sources. In practice, this means that the piece of content spreads among people like a sort of “virus”, from one person to another. Most commonly, this happens without any, or with a very minor “push” via traditional marketing methods, and these clips get shared all across the internet by users on social media platforms, portals and forums and they reach hundreds of thousands, and even millions of views. These could be serious videos providing some socio-political commentary, current world events, but also funny videos, funny situations or parodies of already-established content. Songs can also become viral if the presentation is interesting, the lyrics are funny, or if there’s potential for memes to be made about it. In essence, if you make one videos that hits the motherlode and becomes viral, you should be all set in terms of monetization with a single video.

How to make a viral video?

Is there an exact formula for a viral video? One might be out there, but it’s probably being kept in a dark basement somewhere out of everyone’s reach. What we have been able to determine by carefully analysing viral videos is that there needs to be a hook, ie something that will catch the viewer’s attention and make him finish the video and even sharing it with his friends. But like any good fishing hook, there needs to be a certain “bait” that will coax the viewer into opening a video in the first place. This is usually a catchy title and/or thumbnail. Finally, to reinforce the fishing analogy, a bait is wasted if there is no hook, and if you go fishing without some bait, you won’t attract a lot of fish. Analysists claim that it’s impossible to predict with certainty what an effective hook can be. In our opinion, it’s something that will cause a strong reaction in your viewers, and something that will get them to engage into not only watching the video until the end, but also commenting and sharing with their friends. This could be something that is meant to be viral on purpose, but more often than not, it’s something accidental like a slip of the tongue, pronunciation error, a sketch, an accident, misinterpreted line of text or something of the sort. As an example of an earlier meme, Arnold Schwartzeneagger’s line “I’ll be back” has become his catchfrase due to the very appearance of Arnold and the unique pronunciation of the sentence.

I’m sure that all of you are familiar with the topic of Trending videos on YouTube. There are many factors that determine whether your video will become trending or not. For starters, I wanna explain how the YouTube algorithm works, and how it knows whether your video is a high-quality video or something that has been put out just to satisfy the norm. After your video has been uploaded to the platform, YouTube first shows it to your direct followers, i.e. subscribers, and if they respond to the video well, ie they click on the thumbnail, watch 70-80% of the video, leave a link, comment, etc… the algorithm continues to show the video to a larger portion of the userbase. So, based on this, we can see a couple of different important ingredients whose combination is important. We have the click-through rate, or CTR, then Retention, and then finally Watch Time. The click-through rate represents the portion of the viewers that click on your thumbnail compared to the total amount of users that have seen your thumbnail. Retention represents how much time each viewer spends on your video, and is shown as a percentage. Finally, watch time is self-explanatory and tells you how many minutes/hours people have spent on your videos. In order for your video to start trending, the algorithm needs to find your video attractive enough to a wider audience, confirm that your video is not pure clickbait, and see whether the video deals with something that is in the news. To do this,  YouTube calculates how quickly your video is attracting viewers, where your views are coming from (whether from YouTube itself or another outside link), and how well your video is doing compared to other videos. As a result and proof of this, you can often see that famous singers often get their videos trending on YouTube every time you go to the Trending page. This makes sense, since singers have a lot of fans and once they upload a new song, everyone is off to the races to watch and rewatch the videos, like the video and put their mark by commenting on the video. Allegedly, however, it has been reported in the news that this can be fixed in other ways, and some singers were reported to have bought views for their songs in order to get their songs on the trending page. However, since this is not a drama channel, you can try searching for this topic by yourself if you’re interested in that sort of thing.

If you’re starting your own YouTube channel, and don’t know how to start getting views, let alone becoming viral, we are here to help. Our team Tubesecrets, deals with running YouTube channels and we are offering a free channel audit for your channel, after which we can give you a few suggestions on how you could improve your ranking on the YouTube network.

We use cookies to give you the best experience. If you do nothing we'll assume that it's ok. Read More ACCEPT

Any cookies that may not be particularly necessary for the website to function and is used specifically to collect user personal data via analytics, ads, other embedded contents are termed as non-necessary cookies. It is mandatory to procure user consent prior to running these cookies on your website.