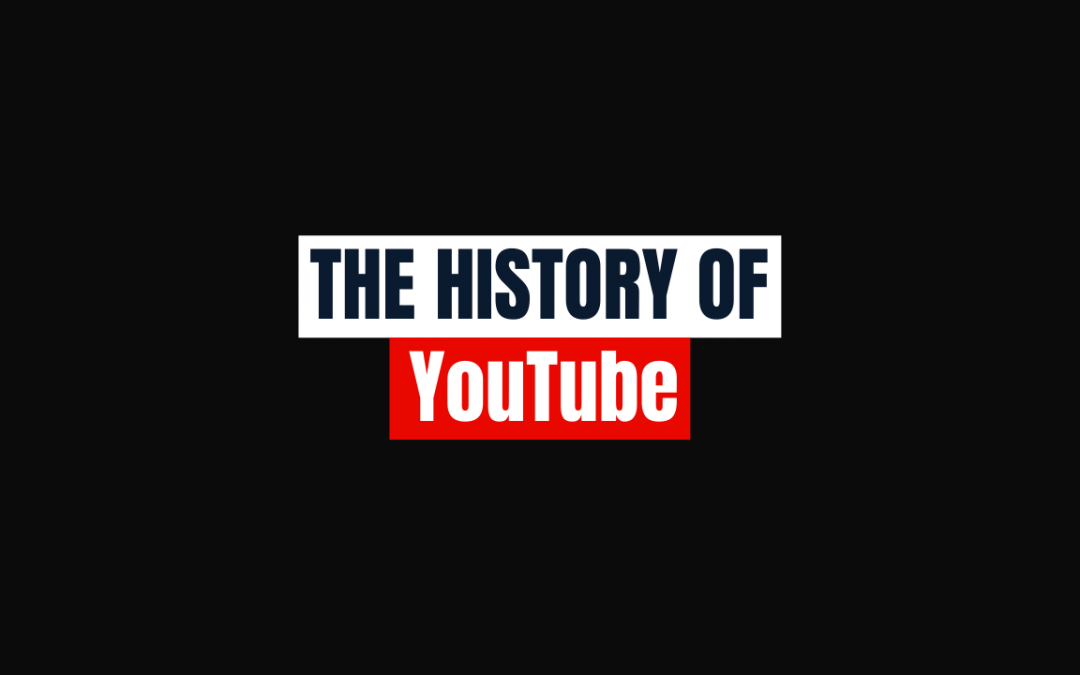 In today’s post, we will go over the history of the YouTube platforms and analyze how it has become the most recognizable platform for sharing video content. Even the biggest giants need to take their first step, and these first steps are usually small and unnoticeable. Only the best, brightest and most innovative can survive, and YouTube has done a fantastic job rising above the competition.

YouTube was started on February 14th 2005 by three former PayPal employees. The interesting thing is that they wanted to make an online dating site in the beginning in the vein of Tinder. This obviously failed, but the service that they had made for posting video content back in April of 2005 served as an inspiration for their next project. They noticed that there had been a lack of interesting videos on the internet and they so decided to offer a simple to use plaform to people, where videos could be shared and other people’s videos could be watched.

The first official video that was ever posted on YouTube was one called “Me at the zoo”, and it was posted on the 23rd of April, 2005, by one of the co-founders, Jawed Karim. It currently has over 110 million views and over 4 million likes. The second co-founder, Chad Harley, was in charge of the graphic design, while Steven Chen worked on the functionality of the website. Their efforts have helped them get their first-round funding to the size of 3.5 million dollars in November 2005. And so, that is how YouTube got into the big leagues.

Continuing on into 2006, YouTube had kept growing, with over 2 million viewers per day, and in March of the same year, had over 25 million posted videos, with over 20 thousand new ones posted every day. By July of the same year, there were a 100 million new views per day, with over 65 thousand fresh videos per day. All of this commotion got the attention of bigger companies, and in October of 2006, news broke out that Google had bought YouTube to the sum of 1.65 billion dollars in Google shares. This might sound a bit silly today, considering that YouTube brings in a total of 15 billion dollars of revenue today.

Google has implemented many changes to the website over the years. In 2007, the partnership program which enabled creators to put ads on their videos via Google AdSense was launched, and they could start earning some real money, while still sharing a part of the profits with Google. This has enabled hundreds of thousands of people to make a living out of their creative work, and it has made many millionaires. Today’s YouTube stars are more popular than many film actors and musicians, and many of those have gotten their start exactly on YouTube, which allowed them to create successful companies and brands and become real businessmen.

We use cookies to give you the best experience. If you do nothing we'll assume that it's ok. Read More ACCEPT

Any cookies that may not be particularly necessary for the website to function and is used specifically to collect user personal data via analytics, ads, other embedded contents are termed as non-necessary cookies. It is mandatory to procure user consent prior to running these cookies on your website.